Whether you need to commute to work each day or simply have to get around your city to shop, explore, or enjoy its attractions, you’ll have to choose a way to get from here to there, your home to your destination. The way your city supports transportation will affect how you’re able to travel. Some cities feature extensive public transportation networks, which is a sustainable form of travel. Still, these places may or may not nurture greener methods of travel, such as urban bike paths or convenient charging stations for electric vehicles. 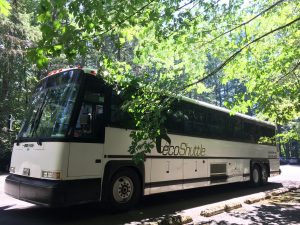 What Is Sustainable Transportation?

Sustainable transport has a low impact on the environment. Electric buses and trains are some examples of green transport; others include bicycling, walking, sailing, electric scooters, or carpooling in electric vehicles. While these options exist now, many cities are thinking about tomorrow’s potential opportunities as new technologies regarding clean fuels emerge.

Which U.S. Cities Are Known for Sustainable Transport?

In the U.S., the most eco-friendly cities are prioritizing forms of green transportation. Here, we’ll take a look at some of the large, medium, and small-sized cities that are regarded as some of the best urban centers for sustainable transport.

Roughly 20% of Boston-area residents rely on green transport for their daily commute. Boston’s ‘T Subway System’ is at the heart of its sustainable transportation services, but there are also many bike rentals and walking paths. In fact, Boston has been ranked as the third-most walkable city in the country.

The nation’s capital has a reputation as a green city. Although traffic is heavy, there are many sustainable transport options like the local Metrorail and Metrobus systems. The buses run on alternative fuels that are safer for the environment. The capital also features a bike-share program and is popular with pedestrians and bicyclists.

Juneau’s unique geography fosters eco-friendly modes of transportation like ferry transport. The city does not have direct roads linking it to other areas of Alaska, and many people rely on public transportation to get around the city. As a compact city, Juneau is also highly walkable. Roughly 16% of the population carpools to reach their destination around town.

Vermillion is a small city with a big reputation for walkability. Vermillion has been ranked number one for small cities best for walking and bicycling. The city features organizations that are committed to making it the “greenest city in South Dakota.” There is a public transportation system, but its walking and bicycling population make it a popular hometown with residents who want to lead more eco-friendly lives in terms of sustainability.

As the largest city in the nation, New York City doesn’t immediately conjure images of fresh air and green spaces, but it is a leader in sustainable transport. Despite its busy traffic-filled streets, NYC features highly developed train and subway stations and ferry transport. The city is improving traffic and promoting more eco-friendly transportation options by making public transportation, walking paths, and biking paths more efficient. 97% of New Yorkers live within a quarter-mile of a bus stop, and 64% live within half a mile of a subway station. This means many New Yorkers have the option to get around the city without a car. 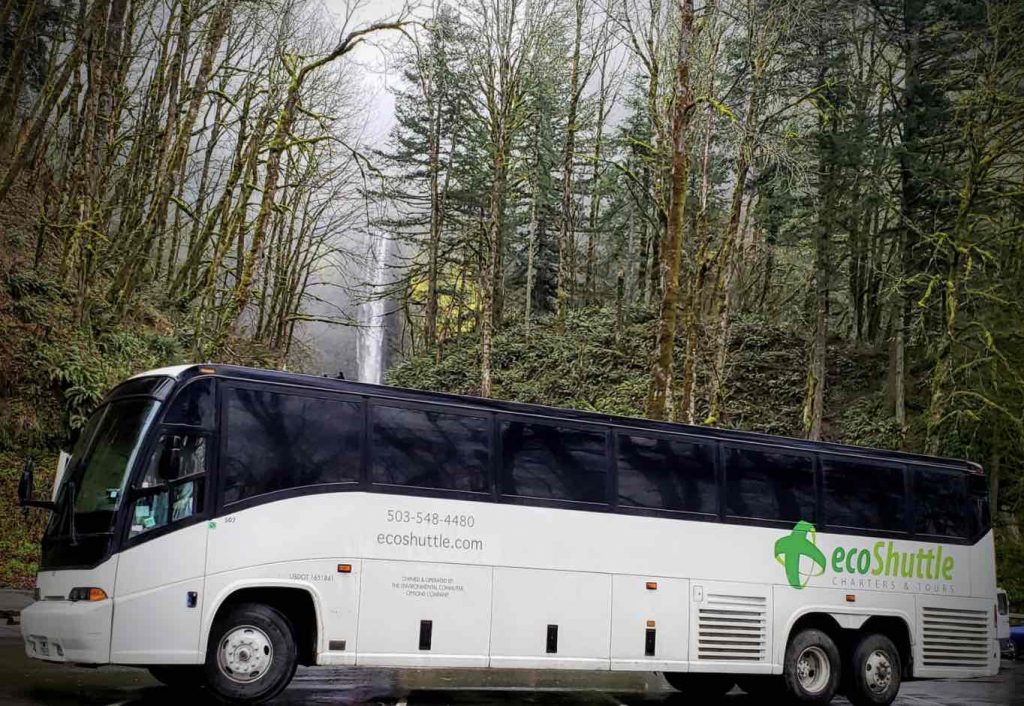 The city of Portland, OR, has emerged as a green transportation city. Portland features efficient public transportation, protected bike lanes, and lots of walkable bridges. Carpooling is also a popular option among city residents. Because of the city’s reliable public transport, many Portland residents have opted not to own a car.

In Elko, NV, more than 32% of this medium-sized city’s residents rely on sustainable transportation methods. In addition to carpooling, residents favor riding on the California Zephyr, which runs from Chicago to San Francisco daily. The route is celebrated for its scenic beauty, but its eco-friendly mode of transport makes it a model to inspire other cities to design scenic green transport options as well.

What Are the Benefits of Sustainable Transportation?

Both individuals and large populations can expect benefits from sustainable transport. The chief advantage is reduced carbon emissions that are inherent in fossil fuel use. Using public transportation can reduce CO2 emissions by a whopping 45%, which helps improve air quality for everyone. Each gasoline-burning vehicle on the road, on average, will release a pound of CO2 into the air for each driven mile. Simply by using public transportation, commuters can help reduce harmful CO2 emissions.

With cleaner air, cities can bank on an increasingly healthier population. Air pollution can cause respiratory complaints. It can trigger asthma attacks and even play a role in the development of some cancers. Sustainable transport not only supports the health of the earth but its people (and animals). In fact, by promoting certain forms of sustainable transport like bicycling and walking, cities can also support improved fitness for their residents.

The Future of Sustainable Transportation in the U.S.

The future of sustainable transport in the U.S. is mainly dependent on cities and their voters. Voters have an opportunity to vote for leaders who either support sustainable initiatives or don’t. Those who do not favor green transport alternatives to the status quo may, instead, support the cause of automobile manufacturers and the gas and oil industries who have a stake in maintaining transportation or supporting sustainable change slowly and with more trepidation and concern for the current economy.

The issues surrounding sustainability are complex. However, the cities embracing sustainable transport practices now may provide a blueprint for those cities and their voters who approach the topic with more caution.

Sustainable transport’s future will rely on smart policies and improved technology to ensure that eco-friendly solutions are both affordable and reliable. While electric train use is commonplace in many cities, electric car use is still in its early stages. With improved battery backup for electric storage, the construction of more electric charging stations, and the production of affordable electric vehicles, this form of eco-friendly transport is likely to increase in cities across the country.

What Are the Methodologies Used to Measure Sustainable Transportation?

Cities and the transportation industry use many methodologies to measure the performance of their transportation solutions and other metrics like social ‘buy-in’ or cost-effectiveness. Some of the most common methods and factors for data analysis include:

These and other metrics play an important role in shaping how city planners approach sustainable transport and their future plans to develop new green solutions for their cities. In a basic sense, elected officials must rely on these figures when steering resources to address their constituents’ wants and needs. For instance, there are bodies of voters who want more and better-maintained roads for vehicles; voters also wish for more bike and pedestrian paths or support projects like green beltways.

Using data, city officials can make both short and long-term plans to address transportation in general and, specifically, to foster the growth of eco-friendly modes of transport. The cities we mentioned and others are paving greener paths to a more sustainable U.S. transport future.

Are you considering moving to a city? Are you looking to move to a city with a robust or progressive green transport network? Fortunately, most regions of the U.S. feature some cities that are on board with sustainable transport solutions. Remember, you can also take on this issue as an individual by carpooling, using public transportation to get to work, or using a bicycle to get around your area. For over 10 years, ecoShuttle has been providing eco-friendly charter and regular route transportation services for companies and groups both large and small. Get a Quote today!