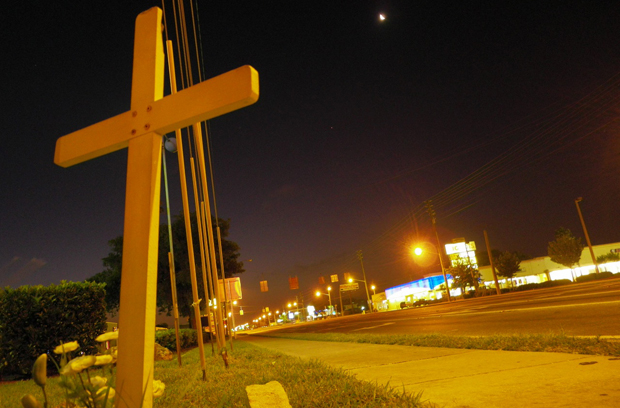 On the afternoon of July 6, 1999, Dr. Richard Jackson was summoned to the office of his boss, the head of the U.S. Centers for Disease Control and Prevention. Jackson was then the head of the CDC’s National Center for Environmental Health, and he knew that his boss was preparing an editorial on the biggest health threats American would face in the 21st century.

As Jackson tells it today, he spent the drive across Atlanta mulling the contenders. Was it asthma, which now affects nearly one in 10 Americans? Asthma rates are closely correlated with air pollution — “the more we drive, the more asthma we get,” he said. Was it obesity? The proportion of people who are overweight in this country had climbed from 24% in 1960 to 47% in 1980 to 64% in 2000 (including 31% who are obese). Obesity begat diabetes, which has doubled in prevalence since 1980. One in three Americans is expected to contract it. Eleven percent of health care spending goes toward treating it (“2% of all the money in the United States,” Jackson says). As a percentage of GDP, health care spending on diabetes had climbed to 14% by 1999; has since risen to 17% and is headed toward 20%. “It has tripled over my career,” Jackson says.

But there was also climate change and auto fatalities, which vary by city and region. If the U.S. auto fatality rate shrank to New York’s level, we would save 24,000 lives a year. If Portland, Oregon’s rate were the national number, 15,000 fewer people would die in auto accidents. (Although if the nation had the auto fatality rate of Atlanta, where Jackson was driving while pondering all of this, an additional 15,000 people would die each year.)

Then at one intersection on his trip, Jackson noticed a woman in her 70s walking along the side of the road in the summer heat, carrying what looked to be a heavy plastic shopping bag. She was doubled over, presumably from osteoporosis. He considered offering her a ride, but didn’t, and the missed opportunity haunts him to this day. If she were to die before making it home, he realized, the official cause of death would be “heat stroke,” and not a lack of sidewalks and shade trees. If she were to be hit by a truck, she would be considered an auto fatality, not the victim of a lack of transportation alternatives.

“What public health is about,” he has since come to understand, “is the causes of the causes of death.” On Thursday morning at the annual meeting of the Congress of the New Urbanism in Atlanta, he informed a roomful of planners and architects, “You who create places that promote and protect health are probably doing more or health than those of us walking around in white coats.” In the 20th century, American life expectancy soared by 30 years. “How many of those years came from white coats, and how many more from public health?” Twenty-five years from public health, and only five from medical care — and we spend 17% of our GDP treating it,” he said.

His realization that day in 1999 led Jackson to embrace New Urbanism as a tool to improve public health. That led to the 2004 book Urban Sprawl and Public Health, written by Dr. Howard Frumkin (another former director of the National Center for Environmental Health) and Lawrence Frank, a landscape architect who now teaches about sustainable transportation at the University of British Columbia. The trio (Jackson, Frumkin, and Frank) noted that a quarter of all the developed land in the United States had been developed in just the last 15 years. The average American’s yearly driving rose from 4,000 miles in 1960 to 10,000 miles in 2000, and the average person’s time spent in Atlanta traffic had risen from six hours to 34 hours during that time.

They proposed that the way environment and transportation patterns were built caused many of America’s public health problems. They starting with the premise that the best way to combat an obesity epidemic, diabetes, and their attendant health problems (and health spending) is to encourage walking and physical activity–New Urbanist principles would help accomplish that. New Urbanists, in turn, embraced Jackson, Frumkin, and Frank in their effort to prove that their work was about more than personal preference; it possessed societal ramifications.

On Thursday, the three authors reconvened to offer their takes on what had changed since publication. Jackson offered his original epiphany, while Frumkin reflected on how much American culture had since come around to their point of view. Frank, meanwhile, delved into a few of studies supporting what he called “the hidden health consequences of transportation investment.”

One of those studies is the seminal, Atlanta-based SMARTRAQ measuring connectivity, proximity to amenities, and household transportation behavior which has since spawned off dozens of studies. It was SMARTRAQ which proved, as Frank put it, “that driving makes you fat.” (As a predictor of obesity, time spent in a car is undeniably significant.) Transit users in Atlanta are 3.42 times more likely to meet physical activity recommendations; ergo, “investing in public transit might be the best way to encourage physical activity.” Among teenagers, the data demonstrated that residential density, mixed-use planning, walkable commercial destinations and parks were all statistically significant in whether they were likely to walk enough to help stave off obesity. And kids in households with fewer cars were more likely to walk — the more cars at their fingertips, the more likely they would use them.

A once radical idea — that health and urbanism are so deeply entwined that investing in the latter may improve the former — is beginning to find broad adoption. The California Medical Association has adopted resolutions based on these principles, and a body of research is beginning to form. In 2003, the number of American Public Health Association reports that mentioned “land use” was approximately zero. Last year, there were 130 presentations on the subject. “There is a tsunami of interest,” Jackson said.