The House Agriculture Committee last week introduced a bill to change provisions in the Renewable Fuel Standard (RFS) that are “limiting the potential for clean, homegrown renewable biofuels to meet our nation’s energy needs.” 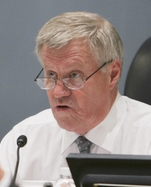 The Renewable Fuel Standard Improvement Act (H.R. 2409) was introduced by House Agriculture Committee Chairman Collin Peterson (D-MN) and Ranking Member Frank Lucas (R-OK) along with a bipartisan group of 42 other members of Congress.

“The unreasonable restrictions placed on the biofuels industry in the 2007 Energy Bill were never debated by Congress, and I’ve spent the past two years trying to undo the damage that we’re seeing now that EPA has published the proposed regulations that will make it impossible to meet the RFS,” Peterson said. ““In order to ensure that a clean, homegrown biofuels industry will succeed in the United States, we need to have Federal energy policies are flexible, practical, and innovative.” 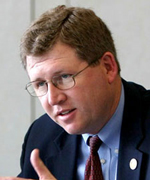 Lucas says the most important provision in the bill is the expansion of the acreage eligible to produce biomass feedstock. “This will ease pressure on the current corn production system and it will open the way for more rapid development of next generation ethanol,” he added.

The bill eliminates the requirement that the Environmental Protection Agency consider indirect land use when calculating the greenhouse gas emissions associated with advanced biofuels. Currently, there is no reliable method to predict accurately how biofuel production will affect land use in the United States or internationally.

It also strikes the restrictive definition of renewable biomass included in EISA and replaces it with the definition included in the 2008 Farm Bill. The Farm Bill definition of renewable biomass was developed in consultation with appropriate Federal agencies and other Congressional Committees and was discussed and debated in a transparent manner, unlike the EISA provisions, which were never openly discussed or debated in Congress.